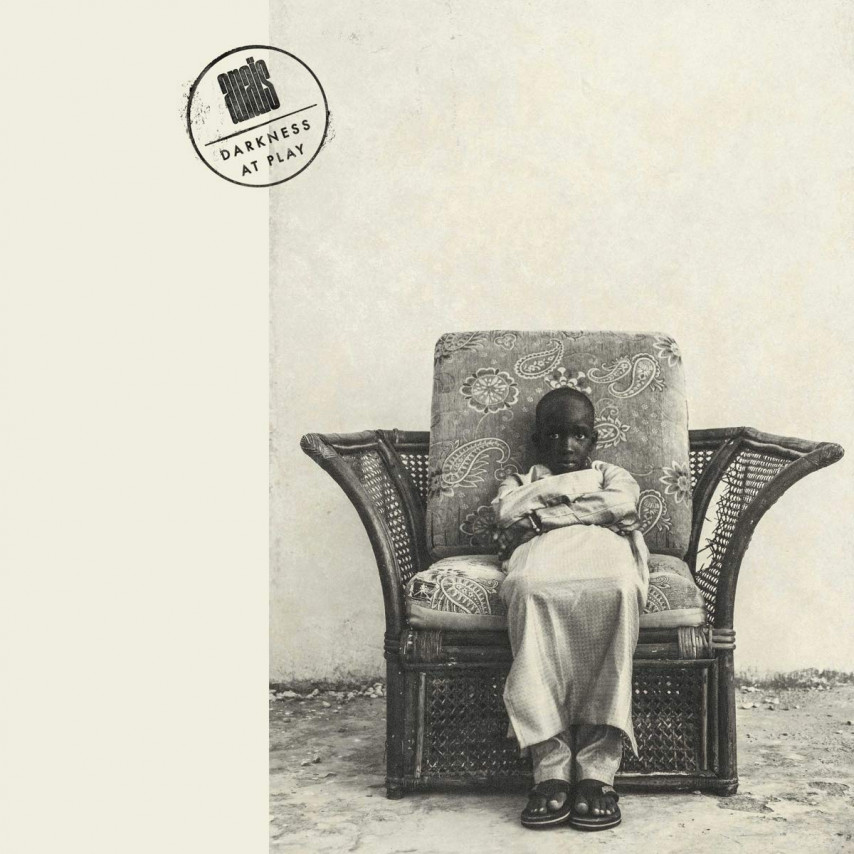 The French artist Anaïs blends soul, funk and R&B with a pride in her blackness—but she wasn't always the confident woman seen in her new "Woman" video

Her new project, Darkness at Play , takes this concept further. While still personal, the control anaïs grapples with is now also global. More specifically, how we try to command our narratives when the world—ecologically, socially and politically—seems to be careening towards devastation. “I was freaking out about the state of the world and I knew that I had no control over it,” she says to me in the Barbican. “I couldn't accept that's how it was going to be.”

Later, when we’re in the bustling Barbican café and anaïs pulls at a croissant, she tells me how Darkness at Play came to be. In 2016, she recorded an album call Zero that was meant to be released after her debut EP. But, given how long it takes to launch a new artist and the music industry’s obsession with ‘placing’ them, anaïs was feeling creatively restless. While waiting for her yet-to-be-released debut album to come out, she headed into the studio with frequent collaborators and housemates, guitar player Luigie Nuñez and producer Aston Rudi. She was hoping that, if her debut was a success, she’d be able to take the music she was writing and beef it up with expensive production.

Instead, after playing the songs to her manager in August 2018, she was told that they would be releasing those new recordings first as a ‘project’ (a major label term for circumventing the question of a debut album) and she was given just months to get them polished off Rushing to LA, she worked with Grammy-winning producer and Frank Ocean collaborator Om'Mas Keith. Over the course of 22 days, anaïs had to do something she dreads: relinquish a little bit of control. “In a way, I appreciated the challenge because it forced me to commit, to not overthink and to trust in the work itself,” she admits.

This process seems to have streamlined Darkness. Like Solange’s A Seat at the Table, anaïs’ arrangements juxtapose a languid haziness against thematic precision. Guitar strums stretch themselves out and the vocal melodies dart around, while dissonant psychedelic soundscapes and a hybrid of jazz, funk and R&B echo the album’s unsettling story of despair, realization and, ultimately, hope.

The record’s despondency is most pronounced in its first act. With “Oh, Man”, anaïs ponders what role individuals can play in world that seems destined for desolation; “Count to Five” questions the priority of progress against fixing inequality. Meanwhile, she addresses the Black American struggle and how anti-immigration views in Europe have been normalized on spikey track “Paper Wings”, which blames the spoils of colonialism and descent into late-stage capitalism for the dehumanization and persecution of minority groups. It’s prescient given Brexit, last year’s Windrush scandal, the UK’s hostile environment policy, which has made staying in the UK increasingly difficult for immigrants, the President of America’s controversial plans to build a border wall, the Muslim travel ban and the appropriation of black culture when contrasted against the troubling and repeated examples of police brutality and racial bias against black people.

After living with her father in Senegal when she was 13, grappling with being of mixed-ethnic heritage—“I had just gone from being the black girl [in Ireland] and all of a sudden I was the white girl”—she found community towards the end of high school, when she and her mother moved to Oakland, California. “I was so drawn to black American culture,” she says. “For them, it's like, 'You're black? Cool.' It doesn't matter if you're from Senegal or from Jamaica, we're all black there. Even though there's so much oppression, the fact that African Americans are so oppressed creates more of a community.”

Nevertheless, anaïs still sees herself as an outsider. “I don't feel like I fit anywhere,” she says with resignation while playing with her now empty cup of hot chocolate. These ideas come to a head on the album’s eerie closer “Never Been Home”, a dissonant and haunting track comprised of just vocals and a piano that swirls aggressively with questions of identity and belonging a tornado. “Where do I exist?” she asks me now at the Barbican rhetorically. “Where do I belong? Why do I even have this need to belong?”

It’s not necessarily something that she can answer and so there’s no tidy conclusion to Darkness at Play. Still, the project’s initial pessimism and closing uncertainty is balanced by a second act that, if not exactly resolute, is optimistic. It all shifts on “Babel” (which anaïs pronounces like the word ‘apple’), written after she visited the Tate Modern in London and saw artist Cildo Meireles had made a Tower of Babel with a cacophonous bunch of radios. It was total chaos, but the unbearable noise resonated with her, and now her song “is about shutting down that tower of noise and finding your own voice.”

This was the balm anaïs needed to counteract her fatalist existentialism. Reflecting on her mother, grandmother and the women in her life who inspire her, anaïs came to see that she needed to herself to find purpose in her life. The video for lead single “Woman” draws on the earthy aesthetics and mixed heritage concepts of Grace Wales Bonner’s work plus the high fashion-and-nature juxtaposition in Solange or Kelsey Lu videos. Of the song she says. “I never thought [my womanhood] was something of value. I saw myself as a person whose only purpose was to create art, and I didn't know how to take care of myself. I was ashamed to give myself the attention,” before realising self-love would reinforce both her wellbeing and her songwriting. Unlike the exhibition we visited, she’s been reluctant to draw on personal relationships in her work so far, but she says she now feels ready to delve into something “deeply personal and a lot more vulnerable.”

As anaïs starts to pack up to leave—she’s got a songwriting session with a producer, something she’s trying out for the first time—she adds: “I have to be able to fully assume who I am in front of the world.” While realization is not the solution to the world’s problems, for anaïs it’s a way to fight against the encroaching shadow of weary resignation. She knows that you have to fight for what you believe in—she is French after all—but also that misery and acceptance aren’t necessarily good bedfellows. You can be grateful for what you have, while acknowledging that things need to change.

It’s by no means easy, but with Darkness at Play she’s learned to exist in that paradox and attempted to “find a way to be OK”. Anyway, she still wants to know how things might end up. “It's such a simple thought, but I want to make sure that we're going to be OK,” she says, as we part ways. “If I have faith in myself then I have faith in other people. I still have that curiosity about what we're going to do next.”