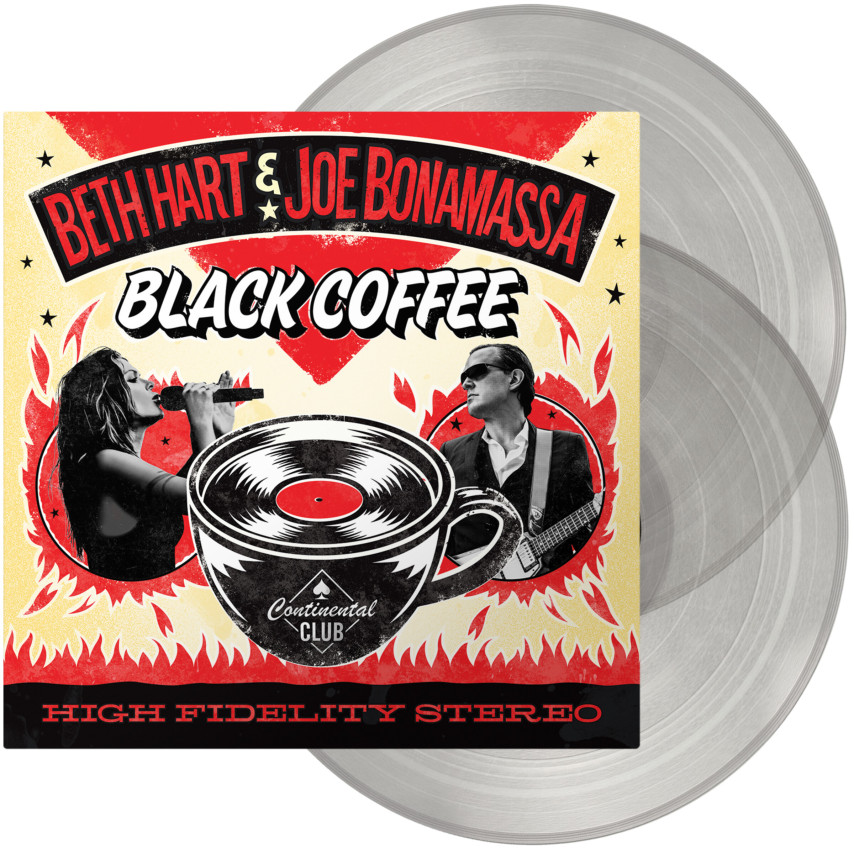 It has been 4 years since 2013s critically acclaimed, Grammy nominated and number 1 Billboard Blues album Seesaw was released by singer-songwriter and blues-rock powerhouse Beth Hart and guitar hero Joe Bonamassa. Since then, they have both been on fire, riding creative tidal waves both in the studio and live. So, the time was primed perfectly to reunite for nother collection of scorching interpretations of ten soul gems that twins Hart's breath-taking vocals, that sweep and delve deep into the belly of the song and Joe's masterfully expressive playing make Black Coffee, released on 26th January 2018, a captivating listen.
With producer extraordinaire Kevin 'The Caveman' Shirley back at the helm, the result is the stunning rollercoaster that digs deep into the soul catalogue where they honour but reimagine songs from Edgar Winter, Etta, James, Ike & Tina Turner/Steve Marriot, Ella Fitzgerald, Lil' Green, LaVern Baker, Howlin' Wolf, Lucinda Williams and Waldeck. Each one having the majestic heart and soul that Beth and Joe bleed on each record.