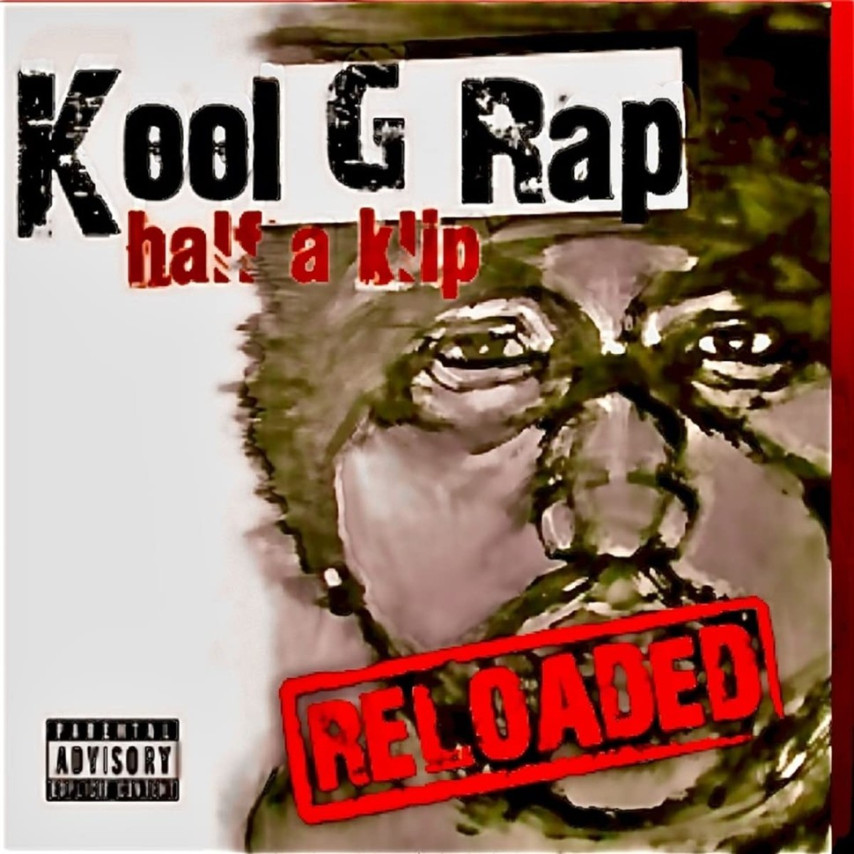 Kool G Rap Half a Klip

Half a Klip was Kool G Rap's first solo release since 2002's The Giancana Story and features nine original songs and two bonus tracks, showcasing the veteran rapper maintaining his gritty storytelling style while experimenting with a more contemporary sound.

As is to be expected, G Rap fills out the lyrics sheet here with banana clips and stacks of body bags -- certainly not a disappointment (he played a big part in inventing this agenda after all), though the MC's steady, workmanlike approach and topical sameness leaves a lot of responsibility on the shoulders of his producers. t's open to debate as to whether there has ever been a rapper more influential, yet somehow less celebrated, than Kool G Rap.

From his seminal work on Marley Marl's Juice Crew productions and Cold Chillin' Records, to the major contributions he gave to the blueprint of gangster storytelling in rap, the Kool Genius has remained relevant and consistent despite heaps of record label drama and the ever-diminishing attention span of the listening public. It's unlikely that the new Chinga Chang Records EP Half A Klip will do much to elevate G Rap's legacy, but there are still shining moments to remind us why the legendary MC is more than deserving of the little reverence he receives.IThus, the EP's best moments come when he is united with a strong hand behind the boards. Marley Marl's sinister keys and kettle drum composition for "With A Bullet" (inexplicably buried at track eight on this 11-track offering) is probably the best canvas for Rap's gangster mentality. DJ Premier contributes a strong track (merely serviceable by Premier standards, but a standout here) and the lesser-known Domingo also seems to be able to give G Rap room to run. Unfortunately, the rest is just middling with one true mistake, Critical Child's dismal "Turn It Out", which sounds like a cast-off from a Jim Jones studio session. In any event, this collection of new and unreleased material is not the next Road to the Riches. On the bright side, the MC behind Road to the Riches is still here (in every sense) and still doing it 20 years later.