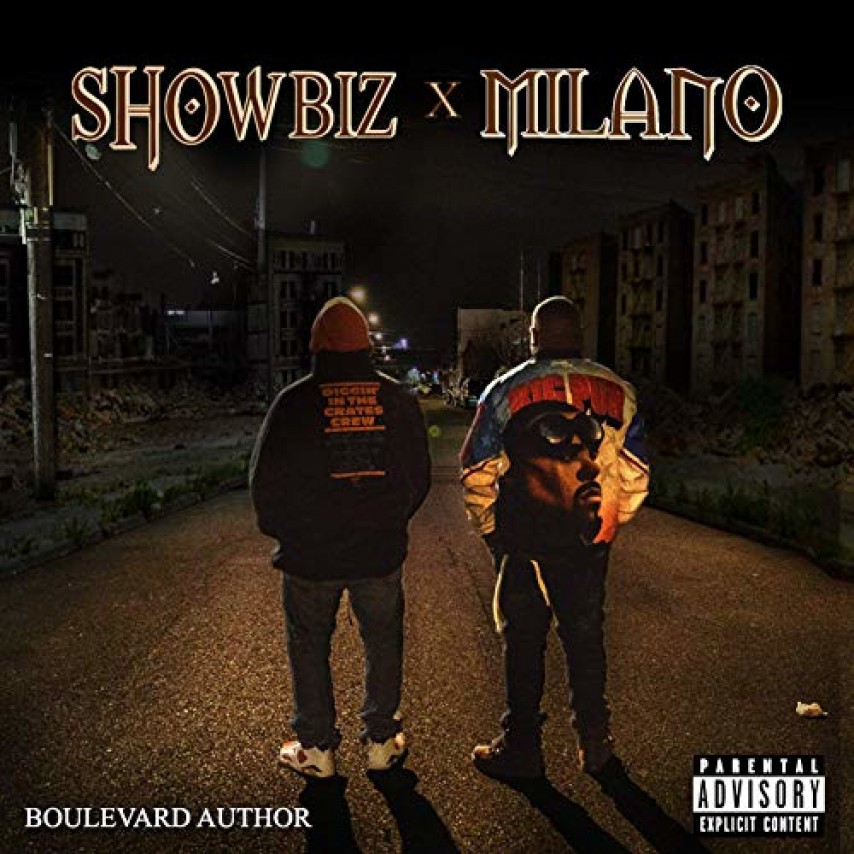 Milano Constantine and DITC producer Showbiz have joined forces to present a collaborative album: Boulevard Author. Milano is considered to be an unofficial member of the D.I.T.C. Crew since 1999, with his first single that came out on Fat Beats in 2000. He has collaborated with artists such as Lord Finesse, Showbiz, Big Pun, Kool G Rap and many others.

With Boulevard Author, Milano pairs with Show to provide us with smooth, hardcore lyrics over classic Show, DITC beats. Constantine paints vivid scenes with his bars from street tales. He elaborates on how he overcame his brush with Hodgkin’s Lymphoma. His rhymes sound like calligraphy over Show’s hard drums and movie-like samples. Milano spills some slick talk with a lot of details to keep you locked in. The sole producer/emcee combination for this project has built a unique sound for this album.