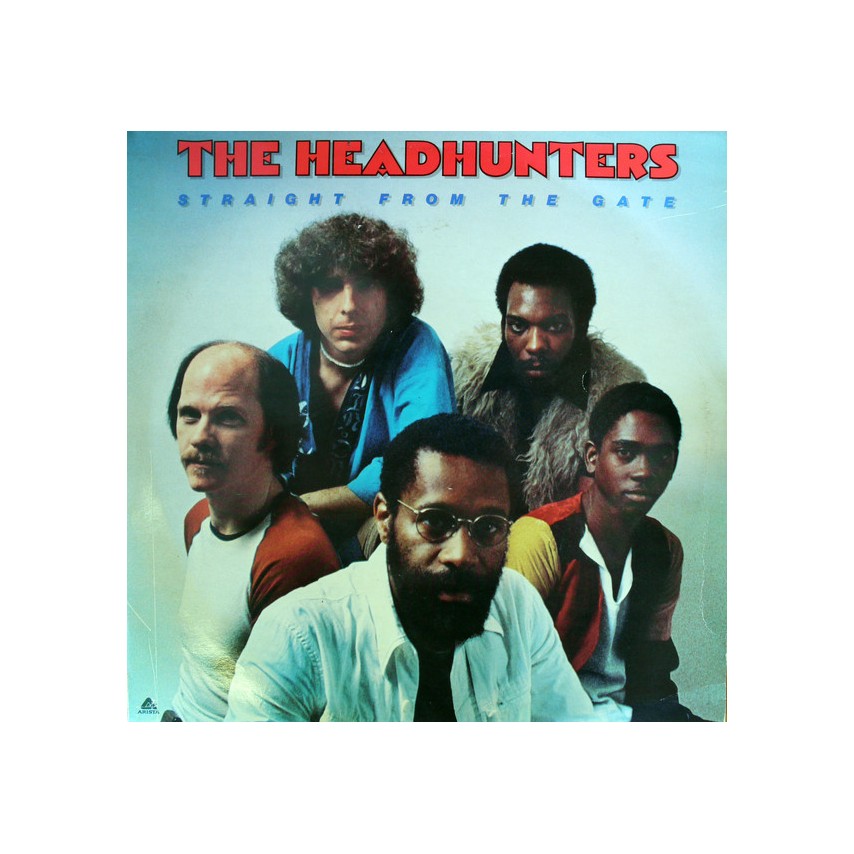 The Headhunters Straight From The Gate

The Headhunters was an American jazz-fusion band formed by Herbie Hancock in 1973. The Headhunters' music is a complex blend of many styles and genres, including jazz, funk, African and Afro-Caribbean music. The group made pioneering use of electronic instruments and effects.

In 1975, The Headhunters recorded "Survival of the Fittest", their first album without Hancock. The album contained a hit, "God Make Me Funky" which was sampled by the Fugees and others. On some re-issues of the album, the band's music is called space funk. The following album "Straight from the Gate" was released in 1977. As the 1970s turned to the 1980s, Hancock drifted away from the band as he moved into his electro-oriented phase, and they ceased operation as a visible unit. The band reunited with Hancock for the 1998 album Return of the Headhunters.

In 1989 Hancock gave concerts with a band called Headhunter II including Wah Wah Watson on guitar, Bill Evans on saxophones, Darryl Jones on bass guitar, Leon "Ndugu" Chancler on drums and Mino Cinelu on percussion. In 2008 a video, called Watermelon Man, was released in Germany of a concert recorded in Tokyo on August 2005 under the name Herbie Hancock's Headhunters featuring Hancock, Wah Wah Watson with Marcus Miller on electric bass guitar, Terri Lyne Carrington on drums, Lionel Loueke on electric guitar and vocals, Munyungo Jackson on percussion and Roy Hargrove on trumpet. Clark, Jackson and Summers have since continued recording and performing as the Headhunters, with varied incarnations, such as Victor Atkins or Robert Walter filling in for Hancock on keyboards, and utilizing Donald Harrison as often as possible. They released an album, Evolution Revolution, for Basin Street Records in 2003, and backed up the saxophonist Rebecca Barry on her 2005 album Rebecca Barry and the Headhunters. They toured again in 2008, with Jerry Z on keyboards and bassist T.M. Stevens, a live album called On Top: Live in Europe was released the same year. In 2009 they played gigs featuring Geri Allen on keyboards and Harrison on alto, with Richie Goods playing bass. In 2010 the Headhunters signed with Indianapolis jazz label Owl Studios. In 2011 they released Platinum, which featured many of the original members of the band with guest spots by Snoop Dogg, George Clinton, and Killah Priest, among others. In 2018 they published the self-released album Speakers in the House with Clark and Summers joined by Donald Harrison, Reggie Washington on bass and Stephen Gordon on keyboards..