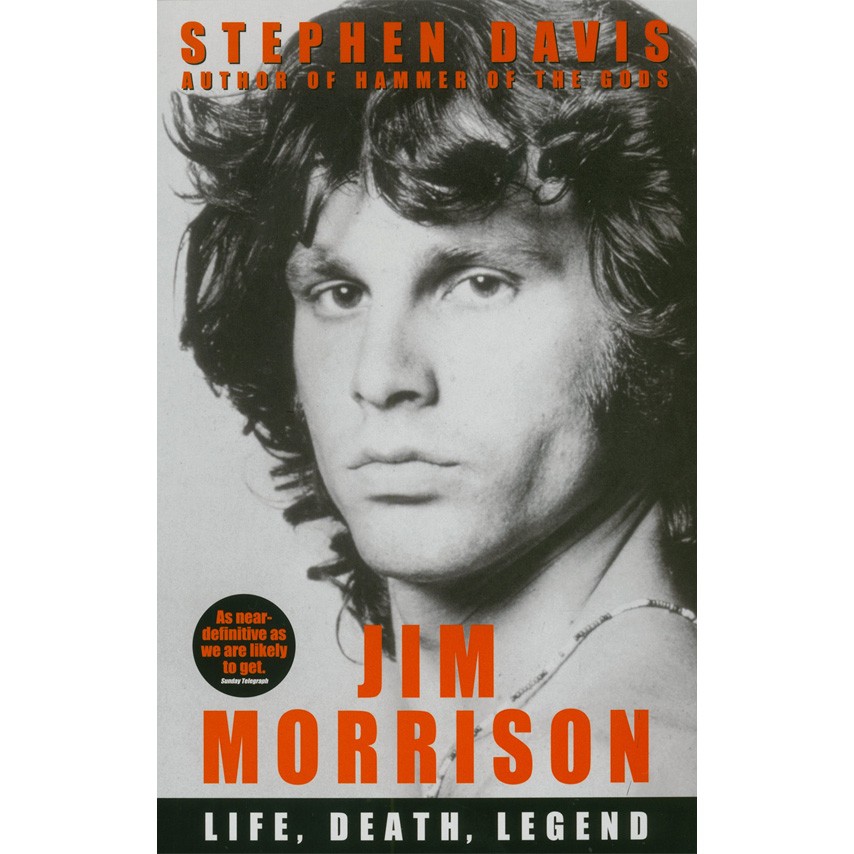 Compelling and harrowing, intimate and revelatory, Jim Morrison is the definitive biography of the rock idol in snakeskin and leather who defined the 1960s.

As the lead singer of the Doors, Jim Morrison’s searing poetic vision and voracious appetite for sexual, spiritual, and psychedelic experience inflamed the spirit and psyche of a generation. Since his mysterious death in 1971, millions more fans from a new generation have embraced his legacy, as layers of myth have gathered to enshroud the life, career, and true character of the man who was James Douglas Morrison.

In Jim Morrison, critically acclaimed journalist Stephen Davis, author of Hammer of the Gods, unmasks Morrison’s constructed personas of the Lizard King and Mr. Mojo Risin’ to reveal a man of fierce intelligence whose own destructive tendencies both fueled his creative ambitions and brought about his downfall. Gathered from dozens of original interviews and investigations of Morrison’s personal journals, Davis has assembled a vivid portrait of a misunderstood genius, tracing the arc of Morrison’s life from his troubled youth to his international stardom, when his drug and alcohol binges, tumultuous sexual affairs, and fractious personal relationships reached a frenzied peak. For the first time, Davis is able to reconstruct Morrison’s last days in Paris to solve one of the greatest mysteries in music history in a shocking final chapter.

Compelling and harrowing, intimate and revelatory, Jim Morrison is the definitive biography of the rock idol in snakeskin and leather who defined the 1960s.