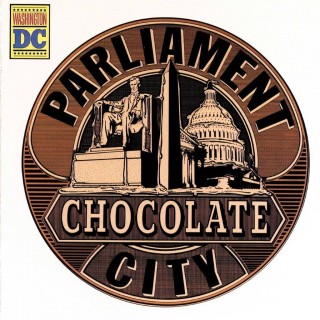 Chocolate City was a "tribute to Washington D.C.", where the group had been particularly popular. The album’s cover includes images of the United States Capitol, the Washington Monument, and the Lincoln Memorial in the form of a chocolate medallion, as well as sticker labeled “Washington DC”.