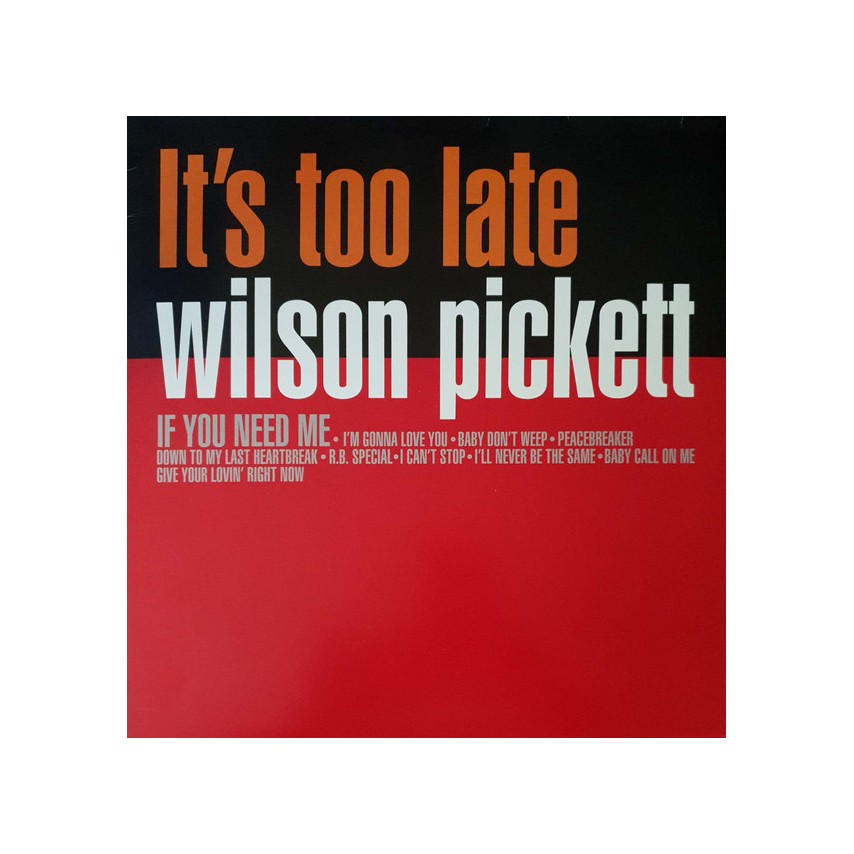 Wilson Pickett It's Too Late

Wilson Pickett (March 18, 1941 – January 19, 2006) was an American singer and songwriter.
A major figure in the development of American soul music, Pickett recorded over 50 songs which made the US R&B charts, many of which crossed over to the Billboard Hot 100. Among his best-known hits are "In the Midnight Hour" (which he co-wrote), "Land of 1,000 Dances", "Mustang Sally", and "Funky Broadway"