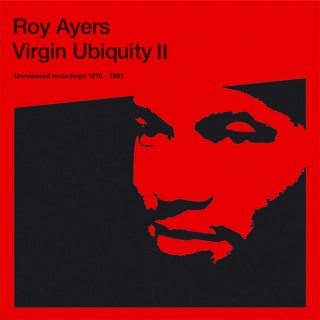 Roy Ayers (born September 10, 1940) is an American funk, soul, and jazz composer, vibraphone player, and music producer.Ayers began his career as a post-bop jazz artist, releasing several albums with Atlantic Records, before his tenure at Polydor Records beginning in the 1970s, during which he helped pioneer jazz-funk.

He is a key figure in the acid jazz movement, and has been dubbed "The Godfather of Neo Soul".He is best known for his compositions "Everybody Loves The Sunshine", "Searchin", and "Running Away". At one time, he was said to have more sampled hits by rappers than any other artist.

The music on 'Virgin Ubiquity' was selected and mixed down from previously unreleased multi-tracks recorded between 1976 & 1981, which Roy had in storage. It's all unmistakably Ayers, but is diverse and fresh enough to be more than a mere adjunct to one of his most productive and popular periods - testament to his and his musicians' creative abilities, as much of most revered Ayers output stems from this time. These discoveries take their place beside some illustrious company in a timeline bookended by 'Everybody Loves The Sunshine' and 'Africa, Center Of The World', several solo and Ubiquity albums, collaborations with Wayne Henderson & Fela Kuti, as well as guesting on LPs by Buster Williams and Herbie Mann. Out of print on vinyl and CD for over a decade now, BBE is delighted to re- present these groundbreaking Roy Ayers titles, neatly coinciding with the 45th anniversary of his classic album ‘Mystic Voyage’ and a UK tour to commemorate it during April 2020.