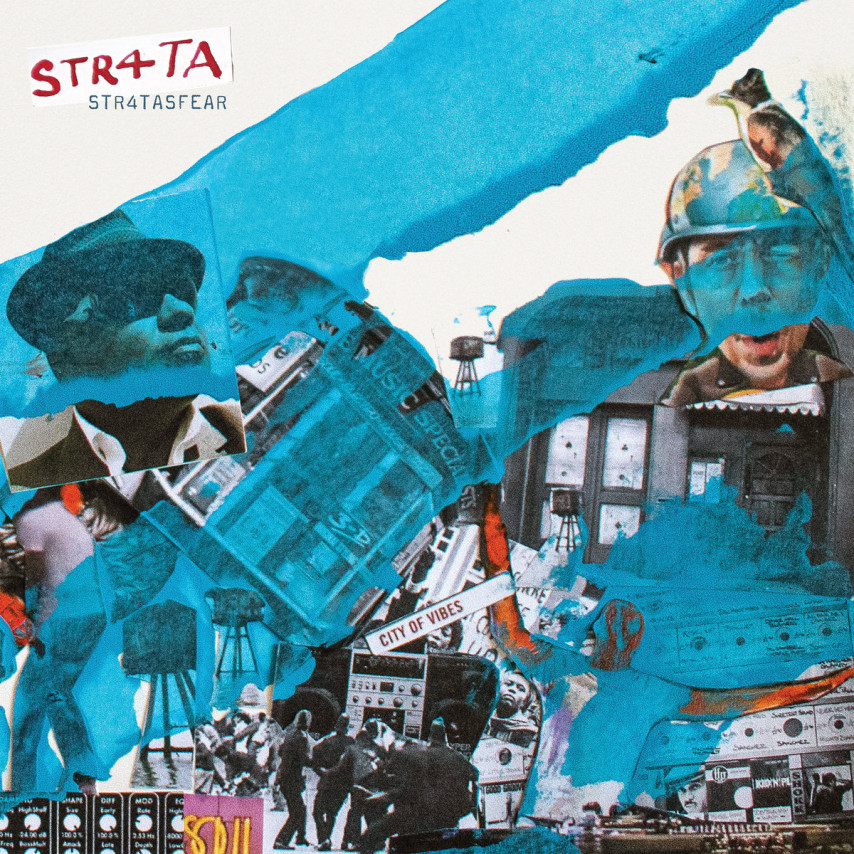 Gilles and Bluey are both men who emerged into the Brit-funk world. They were both part of this truly thrilling chapter in the story of homegrown music; which manifests itself here in a sumptuous mixture of twanging basslines, spacey synth melodies, clicking beats and wispy, ethereal voices. 'STR4TASFEAR’ is available on digital, CD & 12" vinyl LP formats with a special edition white 12" LP on 11th November 2022 released via Brownswood Recordings.

For this new set, they’ve got a few like-minded souls along to join the party, connecting legacy with a new generation of innovators on the music scene. As a core concept of the album, nostalgic reflection meets a pivotal desire to celebrate the present moment, expressed through key features on the record. Namely, multi-talented neo soul Godfather Omar, who in a shock plot twist, was enlisted to lay down his intricate wonky synth lines on ‘Why Must You Fly’. The legacy family collaborations ensue with celebrated vocalist, Valerie Etienne, on ‘Find Your Bounce’ co-written by Rob Gallagher (Galliano, Talkin’ Loud) emulating Brit-funk’s first wave.

Extending the family, catapulting STR4TA to a cosmic contemporary plane, is free-spirited musical polymath, Emma-Jean Thackray laying down her refreshing, breathy vocals and production acumen on ‘Lazy Days’. Also welcomed into the fold and garnering the admiration of Gilles and Bluey over his illustrious career, is Floridian trumpeter/vocalist Theo Croker, who breezed into the jam-style studio session encapsulating the innovation of future jazz with the soulfulness of a bygone era on ‘Soothsayer’ and ‘To Be As One’. Representing the dynamic US influences from the birth of Brit-funk and the current surge of multifaceted, jazz-trained artists exploring unchartered soundscapes. Plus Brighton duo Anushka, jump on ‘Bad Weather’, whose melting electronica sound gleefully displays its roots from that aforementioned era.